I'm a Linux geek from Poland. I use Arch Linux with a custom DE (compiz + cairo-dock + screenlets). I like programming. I know some of C, C++, Python, Lua, and Lisp, but most of the stuff I code in Java.

A couple months ago I bought myself a Medion Erazer X7827 laptop (btw. it’s a huge beast). I’m gonna call it Prometheus. It’s pretty powerful - Core i7 4710MQ Haswell unaffected by EU power limitation (no ‘U’ suffix), 16 GiB RAM, both SSD and 1TB HDD. It came with Win8 installed out of the box. 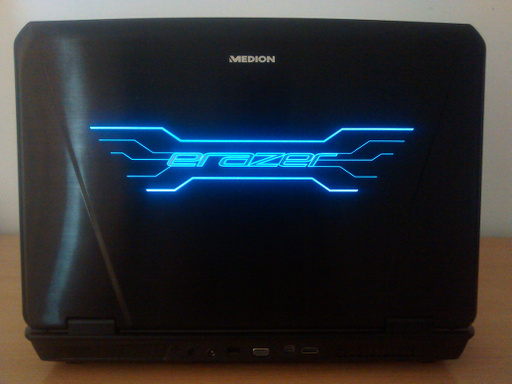 As for external IO, it has 3x USB 3.0, 2x USB 2.0, SD card slot, 4 audio jacks, Ethernet, HDMI, VGA, Mini DisplayPort, and obviously a power jack. No ExpressCard, FireWire, or other connectors that are useful only for DMA attacks.

It has German keyboard layout (QWERTZ), and it came with a set of stickers for converting the keyboard to regular QWERTY. The thing is, the keyboard backlight shines through the captions on the keys, and when you put a sticker on a key, the light can’t get through anymore. The differences between the layouts are not too big, though, and I barely look at the captions anyway, so I decided not to use the stickers. I made a few exceptions though:

The most annoying thing, though, is that there was no space for a full-sized home/end/pgup/pgdown block, and instead of putting it somewhere near the arrows (like on my netbook) they put it all the way above the numpad: 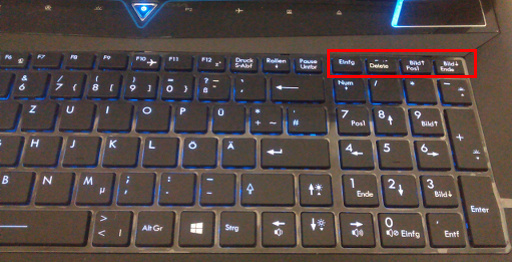 Other than that, it had some problems with optical drive, and I was thinking of getting it fixed on warranty, so I decided to wait before installing Linux on it. I just set the hostname to prometheus and the wallpaper to one depicting the Prometheus ship from Stargate, randomly found on Google. Oh, and I made Windows keep RTC clock in UTC (and disabled Windows Time Service cause I’ve heard it likes to mess things up).

The laptop had a BluRay/DVD-RW combo drive. BluRay drives usually can read CDs and DVDs, too. This one did… sort of. It couldn’t read ones recorded with high speeds, i.e. most of the discs I burned myself. Had no problems with factory-recorded discs, though. It also couldn’t burn DVDs or CDs - it’d fail with IO Error before even starting.

It has a 1 year warranty, so I thought maybe I’d send it back to the shop so that they fix the drive and then send the laptop back, but… shipping takes a long time. Called them, and they said I can replace the drive myself w/o voiding the warranty, and there’s just one screw holding it, which isn’t sealed. (There’s just one warranty seal on a screw which holds the motherboard, so that the user is free to open the cover and eg. remove dust from the fan, etc.) I went to a local computer store, bought a laptop DVD burner, and got the old drive replaced with the new one. It works great so far, and I don’t mind it not being a BluRay drive, because I don’t have any BluRay discs anyway.

Now that I know I’m not gonna be sending Prometheus for any warranty repairs soon, it’s time to install some Linux distro on it. But that requires taming SecureBoot, which the next post is gonna be about. 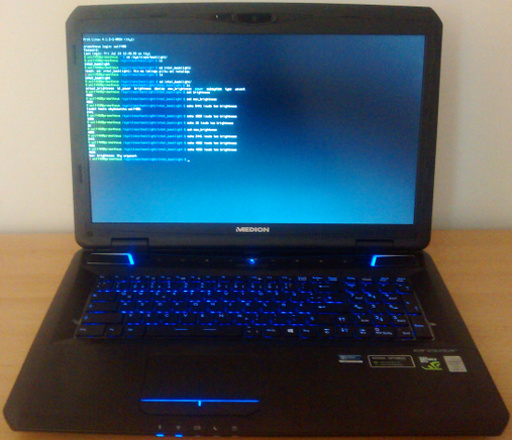 NOTE: If the photos looks like they travelled in time, then, well, they did… kinda… it just took me a long time (2 months) to write and publish this post, and the photos are a later addition, ok?